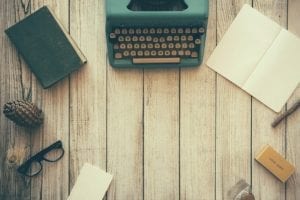 In all our blog posts we aim to help entrepreneurs and business owners to plan and execute efficient and cost-effective social media marketing strategies to help them find more customers and grow their business. Being present on the social media is essential for any business nowadays.

But which social media platforms are the best for business? This is not a clear cut answer. Some businesses have more success on Facebook™, others own Instagram, while others make waves on Twitter. There is no secret formula to show you from the very beginning where to start deploying your social media marketing tactics. However, there are some social media platforms which you needn’t worry about. They are becoming less and less popular among people of all ages.

There is no secret that fashions and trends come and go and this principle affects the social media as strongly as it does women’s clothing styles. Years ago, some social media platforms were thriving, now they are barely able to survive and will probably die out or get bought by an investor and given a complete makeover.

Let us go through them and explain why we believe that they are not worth your time and money:

1. Tumblr
Tumblr was never very friendly with business accounts and has never offered analytics and advertising tools. The main rise to fame of this platform came from the fact that they were the first social media to allow sharing animated GIFs and large sized photos.

Tumblr has fewer and fewer members as days go by, because now they can share the same type of media on Facebook™ and Pinterest. While private users find it a useful free platform for storing and sharing their photos, entrepreneurs and companies cannot drive any substantial traffic and sales to their website from Tumblr.

2. Foursquare
Do you remember that song line “video killed the radio star”? This is exactly what Facebook™ did to Foursquare by adding the ‘Check In’ option. Before this feature, everyone would go to Foursquare to add their impressions and let their friends know where they are dining, watching a movie, or attending any public event.

Now people do this directly from Facebook™ without the need to go to a different social media platform. While some companies still hold on to their Foursquare profiles, they do not get any staff involved in maintaining these profiles.

3. Google+
It was a battle of two giants and one is about to fall down and crumble. We are talking about Google’s bid to create competition for Facebook™. Google+ was never aggressively promoted and now the internet giant itself seems to push it aside – at least this is the impression they are leaving by failing to make any significant updates and improvements to their social media platform. The analytics back-end is sufficiently developed to offer marketers and entrepreneurs detailed information, the front-end layout looks clean and uncomplicated, but Google+ never really managed to capture the attention of companies.

4. Quora
At one time, Quora was THE place to be if you wanted to build your reputation as an expert – both for individuals and for companies. Right now, Quora looks like a stately home in a state of disarray, without anyone looking after it. There is less rigour and moderation for questions and answers, and it is no longer the reliable source of valuable and accurate information it used to be. Thus, it has fallen into triviality and you can no longer claim your expert position based on Quora.

In time, there will be even more changes in the landscape of social media platforms. The evolution of technology and people’s lifestyles determine these changes. Those platforms who manage to keep up with these trends will thrive. The other may become obsolete, just like these ones. For this reason, you need to evaluate on a permanent basis the results of your marketing efforts and take note of any slowing down in any of them. Maybe you need to change your strategy. Or maybe it is time to move on to more profitable social media channels.