Ways to Stop Fake Clicks on Your Facebook™ Ads 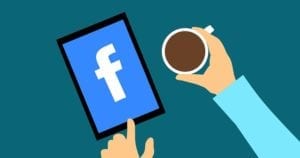 Social media marketing is not at all cheap, but businesses don’t mind paying if they obtain the desired results. But that does not happen all the time, and the platform with the most disparate results between ad budget and ROI is Facebook™.

This problem is caused by fake clicks. These clicks do not come from people who are genuinely interested in what you have to offer. In fact, they don’t come from people at all, but from bots. Bots are AI elements which can be programmed to do a lot of things, even to have a Facebook™ account and click on ads.

Who would do such an unfair thing? First of all, there are dishonest competitors who want to inflate your spending and put you at a disadvantage. There are also ad publishers who want to increase their commission by amassing more clicks for their unsuspecting clients.

Although there is no 100% foolproof way of eliminating fake clicks from bots and click farms, you can take action and minimise this issue. Here’show:

Analytics data are not only useful for learning more about your clients. They also help you identify meaningless clicks, at least by place of origin. There are a few countries notorious for their click farms: Russia, India, Brazil, and Thailand. Unless you specifically target them as part of your audience, the clicks coming from these countries are mostly fake clicks.

To solve this problem, exclude these countries specifically when you are creating your target audience. The few genuine clicks you may get from those places are not worth the damage caused by fake ones.

Not all marketers know it, but this feature is turned on by default when you are creating your ad. The Audience Network allows Facebook™ to share your ads on large and general purpose websites like Huffington Post. This is where many fake clicks come from.

Audience Network is available on the mobile app for Facebook™, so you need to use your smartphone to turn it off before you configure your next ad.

We get it, you are new and want as many new fans on your Facebook™ page as possible to build your community of prospects and leads. But not everyone who likes sports, the outdoors, and healthy living is a genuine prospect for your business.

Your ads are very likely to appear to lots of fake profiles, which have the most popular types of interests set in order to appear genuine. Being specific in targeting will save you a lot of money. In this sense, geographic targeting is very important (see item 1 above), because most likely you don’t want to sell your products in South America or the Middle East.

By installing the Facebook™ Pixel on your website, you can track visitors back to Facebook™ and create an audience of people who actually interacted with your business and are likely to become your clients.

This is not just effective for getting rid of fake clicks, but also for increasing your conversion rate and, ultimately, getting more sales.

Software suites like ClickGuard or Clixtel block fake clicks from reaching your website and adding up to your ad spending. However, such anti-fraud suites only work for Facebook™ ads which lead to your site, not for boosted posts or ads pointing to your own Facebook™ page.