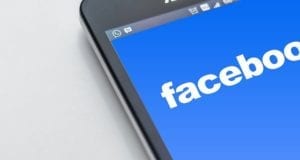 In a move to appease advertisers, Facebook™ has decided to stop the practice of banning ads which feature text on an area exceeding 20% of the total ad surface – the infamous 20% rule. This change is, at least on the outside, a step back taken by the social media network after numerous complaints from marketers.

We say that things have changed on the outside, because we are trying to be cautious and prevent over-zealous business people from giving up the best practices they used to follow in creating ads. This change does not actually mean that you can fill your ads with paragraphs over paragraphs of text. Facebook™ still does not like it, but it has toned down the manner of sending warnings.

So, What Has Actually Changed?

The way Facebook™ used to check text on ads stays the same. Your ad will go through the text-overlay tool which determines the proportion between words and visuals in your image file. When the 20% rule was in place, ads which did not comply with it received a warning message and were rejected.

Right now, your file will be analysed and will receive a score in connection with the quantity of text found in the ad. The score messages are:

Each of these scores is accompanied by messages concerning the likelihood of your ad being delivered to the target audience.

Be Extra Careful When You Place Your Order!

By this removal of the 20%, Facebook™ does not actually show its acceptance of text-heavy ads. It simply does not prevent you from placing an order for the ad of your choice. Looking at the warning messages, it is clear that your ad is still not guaranteed to run if it has too much text on it.

For example, for the High score, you get the following message: “You may not reach your audience because there’s too much text in the ad image. Facebook prefers ad images with little or no text. Unless you qualify for an exception, change your image before placing your order.”

It means that if you go on with the order, your ad may not actually run at all, even though it is not explicitly rejected. You will not lose money, but you will not gain traffic to your website, either.

So, what qualifies as an exception under the new ad rules? The following types of ads are exempt:

As you can see, there are no tremendous changes to the way the Facebook™ team treats ads. Therefore, you should continue applying best practices in designing ads, or entrusting this to professionals. The removal of the 20% rule is a great PR move for Facebook™, and it does improve its image among marketers and advertisers. But you should still remember that great visuals always appeal more to emotions and the buying decisions than words scrambled on a tiny piece of image.