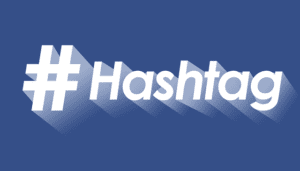 Over the last few years, hashtags have been used and abused in several ways. At the beginning, there were only private users raising the stakes in the longest, most annoying, most pointless and most dense number of hashtags per social media post. And then small companies and major brands joined the game. The hashtag challenge had gone to another level.

Just like any other good thing which people abuse, the hashtag turned from an innovative way for people to search for topics into a promotional tool which was losing relevance fast. Misuse, lack of relevance between the hashtag and the context, and appropriations of popular words by brands made people turn away from it. There is even a term for the pointless use of hashtags, but this is not the adequate medium for sharing it (hint: it is not a nice word).

To avoid getting branded by your followers in a negative way, we prepared an updated list of do’s and don’ts concerning hashtag use in 2017.

Do: Use Industry -Relevant Hashtags

If you know what’s hot in your industry it means that you are truly involved in your niche. Sharing these hashtags will help your users locate the latest content relating to topics they are interested in. They will also appreciate the fact that you are the one giving them access to the latest news.

Don’t: Use Trendy Hashtags Out of Context

Picking on a popular hashtag and using it can prove very risky. In an infamous example from last year, a popular pizza franchise used a trendy hashtag which had been created to encourage women to open up about being in an abusive relationship. The moral of this unfortunate story is that not everything which is trending on Twitter on Instagram is adequate for your business. Learn the context before you jump on the bandwagon.

The hashtag is the modern branding tool. Many companies created slogans in the form of hashtags and are currently known in the social media world by this hashtag as well as by their official slogan or tagline. A popular hashtag will express your brand values and engage your followers, acting as a social media lead magnet.

Don’t: Hashtag Your Own Brand Name

To be honest, using your brand name as a hashtag is pointless. Hashtags are supposed to help people find content by topic. People who know your brand and follow you do not need it, and those who do not know you will never use it.

Do: Use Short, Memorable Hashtags

To express the true meaning of the hashtag, it is like a bookmark or a shortcut to a pool of content. It is logical that it should be something short and easy to remember, something which the everyday internet user would type in to find more about a specific topic.

#AintNobodyGotTimeForThis – that is a long and annoying hashtag, but it expresses a reality: companies try to squeeze marketing slogans into hashtags. The answer to whether this could work in a certain context is simple: it doesn’t. It is hard to read and no one will take the time to type it.

Do: Sprinkle Hashtags Here and There

A nicely crafted social media post contains two or three hashtags placed within the sentence, without being too close together. An onslaught of hashtags will make your message hard to read. #Do #you #understand #what #we #mean?

If you really need to use several hashtags one next to another, do not fall victim to the impulse of separating them with commas. It is a pointless waste of characters for Twitter and it does not make your text easier to read either.

Last, but not least, remember that using someone else’s branded hashtags, although not punishable by copyright laws, will attract another form of stigma: that of angry social media users – something you really should avoid at all costs.