Top Reasons Why You Should Ditch Flash Elements from Your Website 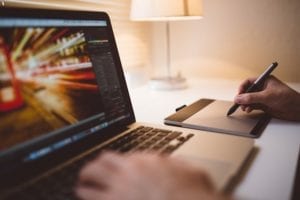 Flash animations are just like the fashion accessories of the 1980s: eye-arresting, used to be super cool, but now you would look a little weird wearing them. Evolution of trends is merciless: the killer design elements of yesterday are obsolete today and your website will lose its credibility if you keep using them.

However, in case of Flash animations, things are more sensitive than simply old fashion. Flash has proven an unreliable platform in recent years, users complain that it makes websites sluggish and that they are unable to interact with websites in their regular way.

We will refrain from other introductory reasons for ditching Flash files from your website and proceed to giving you valid facts which make Flash an outdated technology:

Do you have any idea how many iPhones and iPads are currently in use? And how many of your prospects own such devices? Well, all these people cannot see your Flash animations, because Apple does not support this technology on its mobile devices. Seven years ago, Steve Jobs has made a clear statement against Flash. Among others, he said: “Flash was created during the PC era – for PCs and mice. […] But the mobile era is about low power devices, touch interfaces and open web standards – all areas where Flash falls short.”

When you are faced with a Flash element, you cannot do any of the basic customisations which a regular web page allows, such as:

These are not just shortcomings, but a serious noncompliance with the way users expect to interact with a website – especially on mobile devices. Speaking about usability standards and mobile phones, Flash elements are not responsive; to make them so requires extra coding work by a skilled programmer.

If you are still attached to your Flash website, here is a sobering piece of news: Flash elements are not readable by search engine spiders. This means that you cannot do any kind of on-page SEO on a Flash website. This is certainly a top reason to switch to other platforms for animations – like HTML5, the current standard. Do not worry that it will not look like Flash. Have you ever played with the interactive Google Doodles? They are made in HTML5, not Flash.

Google Chrome, Mozilla Firefox, Opera and Brave (a new and promising browser) turn off Flash Player in their default settings. In order to view Flash animations, users should go to the settings of their browser and turn it on manually. How many of them do you think will take the trouble to do it?

Anyway, a lot of people take care to make sure that Flash Player is turned off. Most online ads are (still) built in Flash and, by turning it off, users can get rid of many annoying auto-playing ads.

In the same speech in which he expressed his anti-Flash views, Steve Jobs also brought a valid and disturbing reason: the IT security company Symantec listed Flash as one of the software programs with the worst security track record in 2009. And CVE Details, a company monitoring online vulnerabilities, discovered the following number of vulnerabilities in Flash elements in the recent years:

These vulnerabilities mean that a hacker could install a piece of malware software or a virus in your website, infecting the computers and mobile phones of your visitors. Are you prepared to accept this liability?

Last, but not least, Flash elements are expensive to make (programmers no longer work in Flash and they will charge extra for the trouble) and the resulting files are large, taking up a lot of storage space on your hosting server. So, just say goodbye to Flash and update your website to the latest design and security standards.