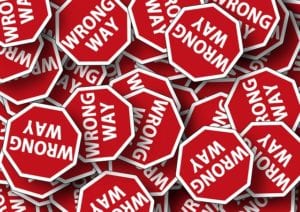 Time and again we have spoken out in favour of Facebook™ advertising as one of the most effective and cost efficient ways to find new customers. And we stand by our words, with a necessary caution: Facebook™ ads work when they are done well.

Now, what exactly does this mean? It means that ads should be always tailored to the audience, to the specific outcome you have in mind and, last but not least, to the environment or medium where they are delivered. Imagine a TV commercial which looks like this: a static image, just like a newspaper ad, staying on the screen for around 20 seconds. Would anyone be persuaded to make a purchase based on such a commercial? Certainly not.

The same goes for Facebook™ ads: if they are not adapted to the format and type of content which people usually interact with on Facebook™, they will get no clicks. But that is not the worst thing which could happen. When you get no clicks, you do not have to pay (unless you selected the Cost per Impressions bidding method).

In reality, the worst case scenario is when you get clicks and you pay for them, but you do not get any sales. Why? Because you did not bring the right kind of people on your website. There are three kinds of wrong people who click on ads:

Fortunately, the Facebook™ team is continually monitoring user accounts and removing fake ones.

So, how can you get it wrong with Facebook™ ads and what can you do to get it right? Let’s see:

1. Inadequate Targeting
This is usually the number one reason which causes you to lose money with Facebook™ ads through empty clicks and impressions. When you are in the targeting phase, you must already have a clear image of your qualified leads, in terms of behavioural and demographic specifics. Unless you show your ad to people who are likely to need and want your product, you will get some clicks out of curiosity but no sales.

In order to build customer profiles, the first thing you need to do is install the Facebook™ Pixel on your website, to track your visitors’ activity and create your custom audience in the Facebook™ Ads Manager panel.

2. Wrong Visuals
“A picture’s worth a thousand words”, but if it is the wrong picture it won’t say anything to your potential customers. Finding the ideal photo, video or animation which makes people click on the ad and make a purchase is the result of lots of A/B testing, running parallel test campaigns, comparing data and continually improving your ads.

Yes, this is a difficult task, but it is something which can be automated with the help of specialists. This is one of the reasons why it is not a good idea to create and implement your Facebook™ ad campaigns on your own, without assistance.

3. Wrong Audience
We are not talking about inadequate targeting, but on building Custom Audiences and Lookalike Audiences based on the wrong kind of followers. How can your page get the wrong kind of followers? If at a certain moment in the past you fell victim to the temptation of buying Likes for your page, you will now still have plenty of fake accounts among your followers. Facebook™ builds your audience, among other criteria, based on your followers’ profiles. Now do you understand why buying Likes is bad? Not only will you get zero engagement and sales from them, they also mess up with Facebook™’s algorithm in building your custom audience.

It is not easy cleaning up your list of followers, but it always helps to have a specialised campaign running, segmented on various audience groups, until you identify the category of users who bring you the highest conversion rate. A professional solution for automating these ad campaigns is of great help – because it gets higher performance rates than you would achieve on your own and it frees up your time to focus on more critical aspects of running your business.