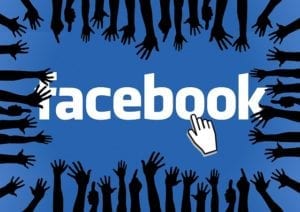 We have discussed and explained a lot on this blog about how to target and segment audiences on Facebook™ for maximum conversion and ROI. We have gone in depth with techniques of serving the right ads to the right people at the right moment. Right now, we need to discuss an issue which is of crucial importance: how to create a video ad which truly converts.

The thing is, no matter how well you target your Facebook™ audience, if the ad itself does not comply with the basic AIDA (attention – interest – desire – action) principles then you will ultimately have a miss instead of a hit on your goals. People will scroll on, forget about your ad in a few seconds and you will have lost a potential customer.

So, what makes people scroll on? There are a few characteristics which really put people off social media ads in general. For one, there are those ads which clearly look like ads – over commercial. People do not go on the social media to see ads. Even when they watch TV, they change channels during commercial breaks. The reason why they would watch an ad and take an action is because it does not feel like an ad, but a story, an informal video like the ones they make with their phones while sharing holiday memories or their favourite recipe.

So, if you want to reach your Facebook™ ad goals, you need to learn a few best practices in creating them. These are the most important ones:

1. Grab People’s Attention without Sound
By default, Facebook™ videos of all kind, including ads, are set on autoplay. However, they are also set on mute. It is the viewer’s choice whether to turn up the sound or not. That being said, the first few seconds of your video ad must be able to grab people’s attention without relying on sound (music or spoken words).

The first frames of your ads must be made of powerful and attractive visuals which can grab people’s attention and stir it enough for them to unmute the sound and listen to what you have to say.

2. Follow the Rule of the 5Ws
The 5Ws is a rule which is taught in journalism school, but applies to advertising as well. Your video ad must cover the following topics:

Once you internalise the 5Ws rule, you will realise that it is very easy to build ads which do not leave out any critical information.

3. Don’t Make It Look Like an Ad
We’ve said a few words on the topic above. People hate ads – that is an undeniable fact. They will not watch a video which is obviously a sales pitch for a product. Instead of convincing them to buy a product, create a nice story which will make them ask: “Where can I get this product from?”

The best social media ads are those which look like homemade movies of people sharing their stories and experiences, and which feature the product in a natural manner, not pushing it under people’s noses.

4. Keep It Short
The company Socialbakers conducted a survey on the view completion rate of Facebook™ videos. In order to understand this survey, you need to know that Facebook™ counts a video as completely viewed if a user watches at least 95% of it. The survey results are as follows:

5. Create Different Videos for Different Audiences
All customers are not created equal, and nor are Facebook™ followers. Some of them have just joined your page or found out about your business and need to become familiar with the brand and its basic lines of products. Others have already bought from you and need to receive new information, supplementary benefits or even previews of the new products you are working on.