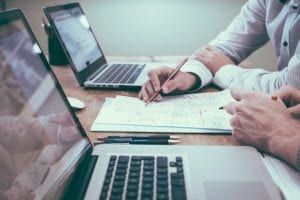 On 25 January, Google announced in a blog post on its official website that it made changes in the Ads Settings, allowing users to restrict even more than before the number of Google ads they see. This decision is coming after two popular internet browsers, Mozilla Firefox and Google Chrome, announced that they embedded tracking protection in their latest versions.

This is certainly bad news for marketers, who have to work harder than ever to serve their ads to prospects. However, before we move on to discussions of what you can do to overcome this situation, let’s see what the Google Ads Settings changes involve.

The “Mute This Ad” function that allowed users to stop seeing an ad from a specific advertiser on the device they were using at that moment will be expanded across all the devices they use.

Thus, once they have opted out of seeing an ad on their computer, users will also stop being served that ad on their mobile phone, tablet, work laptop, etc. In this manner, it becomes useless to switch targeting from computers to mobile devices, because the ads are now muted per Google user account, not device.

This new feature will practically kill off remarketing ads for users who enable it. After they access the “Your reminder ads” tab in Ads Settings, users can see all the companies that send them remarketing ads via Google. Here they can go through the entire list, disabling ads one by one.

Why Are These Changes Implemented?

Google stated that these new features come as a response to over 5 billion pieces of feedback from users who opted to mute ads. The decision also ties in with the 25 May deadline for the implementation of the General Data Protection Rules (GDPR) in the European Union–the strictest personal data protection regulation for the online environment ever seen.

The bad news doesn’t stop here. Google plans to expand the ads mute function to other digital properties it owns, such as Gmail, YouTube and Search. This does not come as a surprise, because the online giant usually rolls out its major changes across all channels and maintains a consistent policy for all of them.

What Does It Mean for Marketers

One important aspect you need to remember is that the new rules apply only to Google ads. If you are running your online ads through other channels, you needn’t worry–they will not be affected.

However, this is the right moment to reconsider your ad spending and overall marketing strategy. The fact that someone out there wants to stop seeing your ads and now has the tool to do it means one thing: they are not interested in your products and services.

Thus, why would you spend money to badger an internet user into anger and negative feelings towards your brand? Instead of bemoaning the decision made by Google, here’s what you can do instead:

We can certainly expect more obstacles to invasive and irrelevant advertising in the future. This is why your number one objective should be to create a smart marketing strategy that reaches out to people who are within your target audience and serves them ads they actually want to click on.