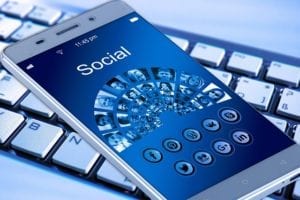 Do you remember “The Dress” debate from last year? That was so cool, how all the internet was caught in a frenzy of defending one of the two options regarding the colours of a rather regular-looking dress. It was either blue and black or white and copper. People shared the life and soul of that photo and there was a deluge of hashtags on that topic. And then the topic died out just as quickly as it became ultra-popular.

This is the most accurate definition of a viral post: it becomes very popular overnight, has its 15 minutes of fame, keeping the whole internet on tenterhooks, and then it goes away as if it never existed. “Sure, but during those 15 minutes of fame that post gets more likes, comments and shares than all my posts put together. I want that!” Are you sure that this is what you need in order to boost your sales?

Let us go into details with the anatomy of a typical viral post and see if it is really the success formula for your social media marketing strategy.

The general topics which tend to go viral do not involve anything helpful for your customers. Viral posts do not solve problems, do not offer useful information or educate online audiences. They are either awkward or silly, or downright NSFW. At any rate, these posts will not offer your target audience the arguments they need to go on your website and buy your products. They will Like and Share your post and then move on, after a good laugh, looking for a provider for the products and services they need.

There is no general rule which determines which post will go viral. “The guy from Walmart” who looks like a popular pop singer certainly had no wish to become the centre of a viral post, while carefully crafted posts never really catch on and become viral. They say you cannot go wrong with animal memes and videos – but how can you work this type of content into your social media strategy in order to attract prospects?

A viral post is a delicate flower under the social media sun. It lives its life for a few days and then it dies out, losing its relevance. It is not really the kind of topic which you can revisit months later, repurpose and make relevant again for your social media followers.

There is a viral post – a commercial post, no less – from a popular soft drink company, out there on YouTube and other social media platforms. It was crafted especially for the US Super Bowl event. If you are familiar with that event, then you know that all companies which purchase commercial airing time at exorbitant prices try their best to come up with something out of the ordinary in this particular commercial. This soft drink commercial was out of the ordinary by all means. It became viral, too. But it also got thousands of negative comments on YouTube. This issue did not hurt the image of the giant corporation, but, by keeping proportions, could prove catastrophic for a small company.

If you are aiming for viral content, you will have to work harder and harder. Just like everything else supplied in a too large quantity, viral posts will be less and less likely to attract people’s attention. We are all developing antibodies to them, just like we did to celebrity endorsements and other forms of marketing. Soon enough, you will have your audience clamouring for “something really good” – an audience which will not really make a queue on your website to buy your products. Is this what you really want to set yourself up for?

These are the key aspects concerning viral posts. Take a good look at them and ask yourself: is this how you envision your social media marketing strategy and its outcomes?