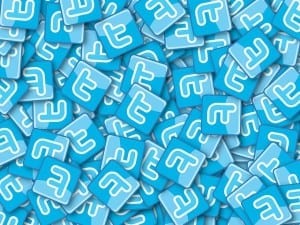 If you feel like expanding your reach through paid promotion on other social media platforms after Facebook, then Twitter is the next best thing for your business. The lively platform promoting direct and to-the-point communication through 140-character messages is extremely popular among people and businesses alike. This is the place where people can interact directly with celebrities, industry influencers and thought leaders. This is the place where businesses can interact with their followers at an individual level by following them, and liking and retweeting their best messages.

What Is Twitter Advertising?
When you decide to invest money to promote your business via Twitter, you have several options to choose from. It all depends on what final goal you wish to achieve. In this respect, Twitter advertising is more cost-effective than Facebook ads. Before we move on to the actual explanations on how to set up effective Twitter ads, allow us to say a few words on the specifics of this social media network.

As you must know as an individual user, Twitter is the place for short messages with a powerful impact. This means that every word you use in a tweet must belong there, communicate something and have a meaning. If you have more to say than the 140 characters, you can use the Twitlonger extension of Twitter – but we highly advise against it. Very few people take the time to click on a link in Twitter only to be taken to a Twitlonger monologue.

Speaking of links, you must always shorten them for Twitter using a URL shortener service such as Bit.ly or Goo.gl. Now that we have got these aspects covered, let us move on to the nitty-gritty of Twitter advertising.

What You Can Promote in Twitter
Just as we have explained earlier, Twitter helps you create engagement and promote various elements which are important for you at a certain moment. Depending on what you want to achieve, you can:

If you have a lot of followers, your brand has an increased exposure and can reach a large number of people through favourited and retweeted messages.

2. Promote a Trend
Trends on Twitter are very popular hashtags which define various events, happenings or values promoted by a lot of people. They grow organically through massive usage by a large number of tweets, or can be promoted by businesses which want a motto or slogan to take off and become popular, creating awareness for their marketing campaigns.

3. Promote a Tweet
This works even better than a boosted post in Facebook. Once you promote a tweet, it will show on top of the newsfeed not only for your followers, but also as a suggestion for other people who are searching for one of the hashtags included in your tweet.

How to Select Your Audience and Payment Method
Twitter allows you to select your target audience based on several options, including:

In this way, you will be able to identify a group of Twitter users who are the best fit to your ideal customer profile. Once you have created a followers’ base, you can create groups and separate them by type (industry leaders, existing customers, qualified leads).

At the same time, you can spend your budget judiciously, because in Twitter advertising you are only charged when people take an action based on the type of campaign you selected (become your followers, click a link in your tweet, etc.).

In this way, you can build brand awareness and attract new customers for your business in a simple, fun and interactive manner, and for an affordable cost. Do not wait any longer, start honing your tweeting skills!